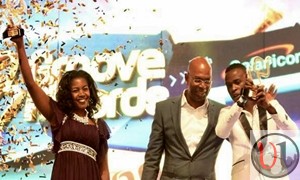 This was the 8th Annual Groove Awards initiated by Kevin Mulei in early 2004 with the main aim of promoting gospel talent in style. Well Mo Sound Events the organizer didn’t disappoint this time by making the event a one to remember. The awards gala was attended by every social class in Kenya including H.E The President Of Kenya Uhuru Kenyatta.

After the singing of the National Anthem the awards mentioned one after the other and when the moment that every one waited for all hearts were beating at their peak pulse rates.

Through out the awards announcements Willy Paul and Gloria didn’t scoop any award and when it reached at these final two awards we knew it was either their year or we wait for next year.

Well we didnot think wrongly as Bob Collymore ( CEO ) of Safaricom read out the gospel family’s choice by announcing Gloria Muliro and Willy Paul as Female And Male Artiste Of The Year.

This was probably their year as Gloria Muliro  and Willy Paul have risen higher and higher in their gospel ministry since they did Sitolia Earlier last year.

I would say Sitolia was the start of a new journey for these two gospel artistes because since then every song they have released ( You Never Know , Mpenzi, Mpango Wa Kando, Follow You ) have been a great blessing to many. 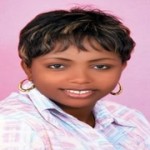