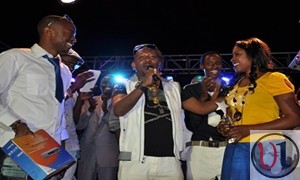 Gloria Muliro and Ringtone Apoko after coming up tops as the Female and Male artist of the year of Mwafaka Awards  respectively got more than they had bargained for from  “Sonko”. The senator who was also awarded as the Role Model of the year made some great dance moves on the stage after he was asked to by the host of the day Lillian Muli.

Ringtone who has added yet another title to his name as the Mwafaka Awards Male Artist of the year was awarded by the senator with the sum of Ksh 100,000 where as Gloria Muliro who also won the Female Artist of the year again received Ksh 50,000. They were both pleased with the awards they received and thanked GOD for everything and their fans for their overwhelming support. 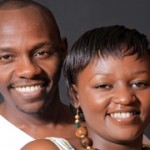