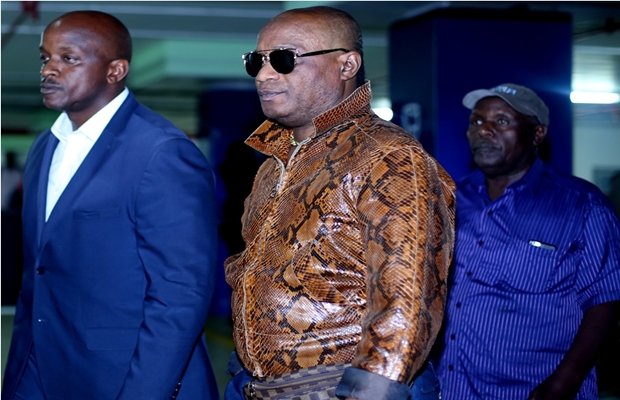 It’s just a matter of minutes before the above hashtag joins the trending topics on Twitter in the country. Kenyan’s are outraged at Koffi Olomide’s outright unacceptable behaviour. The Congo singer was captured on video, assaulting one of his female dancers.

The singer landed in Nairobi for his concert at  Bomas of Kenya. He landed at the Jomo Kenyatta International Airport at 6.20am in the company of his dancers. A group of Kenyan fans were at the airport to receive him. He was then driven to Villa Rosa Kempinski hotel where he will be staying while in the country. Following his outburst, some Kenyans have asked for his show to be cancelled.

Music Trio Elani have strongly condemned the act. This has come a few days after they released their song and campaign featuring Jaguar that is against violence and abuse, especially against women. They said:  “Abuse of ANY nature is absolutely unacceptable. We stand up against this and any violent behaviour. #EnoughIsEnough

Twitter Personality @Xtian Dela tweeted: “If Koffi Olomide is left to perform on Kenyan Soil after what he did it will be an INSULT on our legal System. #KickKoffiOlomideBackToCongo”