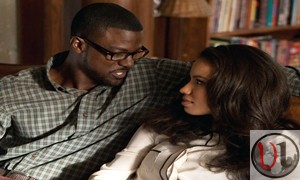 Just heard of this new movie for married couples called Temptation and i wanted to know more about the true story behind it.

“It’s about a woman who starts to get restless in her relationship and her choice to be with another man has a huge effect on the rest of her life,” explains screenwriter/producer/director Tyler Perry. “She goes on a journey – in her career and in her marriage – and she ends up in a very different place than she expected.”

In a departure from his previous dramas, this explosive film finds Perry exploring the nature of desire – and just how powerful and dangerous a taste of the forbidden can be. “This is definitely one of the most provocative movies – sexually and otherwise – that I’ve made,” says the director. “There are a lot of people who struggle in their relationships. They make bad choices about their marriages.

They get divorced. And so many of them don’t step out of their situation and really think about the consequences of what they’re doing. This movie asks, ‘Are you sure you want to do this?’ It sends up a flag.”

Storyline
An Ivy League-educated marriage counselor who gives marital advice but finds it difficult to address issues with her own marriage.

Jurnee Smollett plays the central character in the film. Her character is caught between Lance Gross and Robbie Jones. Smollett’s Judith is an Ivy League educated relationship expert who gives marital advice for a living, yet can’t seem to follow that advice in her own marriage to Bryce (Gross). Bored with her life, she breaks her professional code and begins an affair with a smooth talking client (Jones).

After the initial excitement of their torrid relationship wears off, Judith realizes that she’s made a grave mistake. It will take every ounce of courage and forgiveness for Judith to escape the dangerous situation she finds herself in.

Rounding out the cast are Vanessa Williams in the role of Janice, the owner of the firm where Judith practices, and Kim Kardashian as Ava, Judith’s sassy co-worker. Accomplished singer and actress Brandy Norwood, better known to some as simply Brandy, will play Melinda, Bryce’s co-worker, whose personal life ends up intersecting with Judith’s in an unexpected twist.

If you have watched do you feel it is helpful or not?