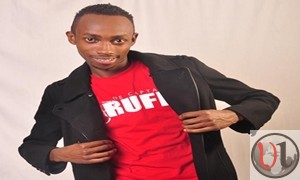 The System Unit is a deejay academy and from it we have seen great talents coming up including Deejay Sadic Deejay Mo and now we have Deejay Ruff. Deejay Ruff  is a young lad who is talented in his career as a deejay and also he is blessed in singing through which he has released his new single called Chorea (Ignore).

His message comes from the Book of Psalms 1 where the hook of the song is put as :

Learn how to get your music heard at ReverbNation.com