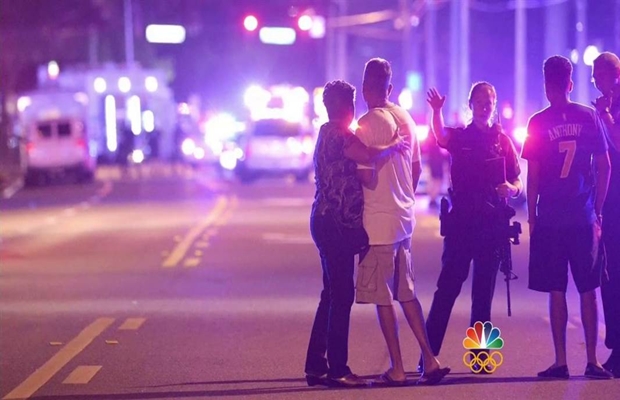 An American-born man who’d pledged allegiance to ISIS gunned down 49 people on Sunday at a gay nightclub in Orlando.This has been reported as the deadliest mass shooting in the United States and the nation’s worst terror attack since the 9/11.

The attack came as sad news to some, while the other half believe that the Lesbian, Gay, Bi-Sexual and Transgender(LGBT) Community got what they deserved, for the simple reason that homosexuality is an outright sin. Some believers are almost ‘excited’ about the mass murder, relating the shooting to the Old Testament time of Sodom and Gomorrah where the heathen came under God’s wrath. “I personally believe that many people in the LGBT community don’t feel comfortable with what they are doing and that is why it is so important for them to get affirmation from everybody else and that is why they try to enforce everybody else to accept them and to say that this is what needs to be done,” Carson explained. “But there comes a time when people of faith have to be able to stand up for the word of God.”

If you are among those who believe that the gay club members got what was coming to them, keep this in mind. Is homosexuality a sin?Yes. By all means. But, God does not take delight in the death of the wicked (Ezekiel 18:23)—and neither should those whose hearts have been filled with his love. As followers of Christ, we should grieve over the disobedience of those who refuse to trust him (Luke 13:34) instead of uttering words of judgment.

He reminded his listeners that God treats all form of sin equally. None is bigger than another. He said,”Friend, don’t think, even for a second, that underneath your conservative Republican-ish veneer, your heart is any less obstinate and wicked than that of the gay man dancing at the gay bar in Orlando.”