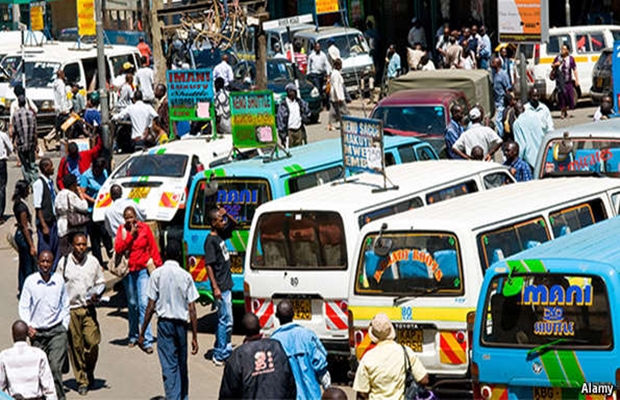 “We sat down as stakeholders and agreed on getting a permanent solution to the matatu menace as they turned the city pavements to parking bays and agreed to come up with alternatives,” said The Deputy Governor.

Earlier, Nairobi Governor Evans Kidero ordered for the removal of matatus from the CBD. This directive was met by a lot of resistance from matatu owners and shareholders because there was no instruction as to where they would relocate to.

The termini will be used by all matatus from upcountry “which have no business getting into the city.

Matatus coming from Central Kenya will be expected to end their trips at either Murang’a Road or Ngara.

Matatus from Thika will stop at Globe roundabout or Desai Park or Pumwani.

“You cannot expect a person to come from Muthurwa bus terminus to the one in Ngara by foot. The county will allow buses to move around, from one corner to another to transport these people,” said Mr Mueke.