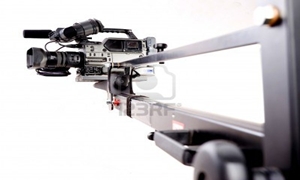 So the nominees are already out and we had predicted of  some who we knew will definitely be shortlisted.

So Have your say who will be the Video Producer Of The Year.

He is one producer to watch for having started his directing at Link Video Global. He has produced some amazing video including One Way By Sanka , Na Wa 4 U By Scepta And Dk and Marungu By Jimmy Gait.

He is the talent behind Mama by Bahati and the most recent videos by Gloria Muliro including Follow You Amini and Anakupenda.

Ken Heman is the video producer behind Eagle films. One of the big producers who have directed lots of gospel videos in the gospel ministry including Sitolia By Gloria and Willy Paul , Nifunike By Mercy Wairegi , Nimekubali By Eunice Njeri among others.

One creative guy stands out in his shooting as he has his skills on directing. Most probably seen as a top music producer but has risen also to the ranks of video director.

One of the well known video production companies in Kenya doing quality videos. Owned by Prince Mukoma and also have a creative director by the name Sammy Dee Of BMF you cant count them out.

They have produced lots of videos just but to mention : Number One By Kevoh Yout, Ndakhuyanza by Bmf, Mateke By Size 8 , Nani Kama Yahweh By Qui and lately Heart Right Here By Jaya among many others.

J Blessing born from humble back grounds and now runs his own company by the name Link Video Global. Seen to be very creative and always maintains quality in his directing. His portfolio includes : Emmanuel by Mercy Masika, Conquerer By Joyce Omondi, You Never Know Willy Paul , Napokea Kwako By Jannet and Christina Shusho among others.