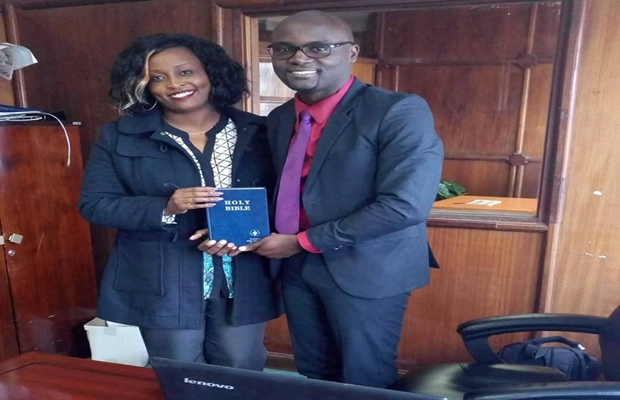 A picture of Harrison Mumia, President of Atheists in Kenya; receiving the Holy Bible from Carolyne Njuguna. The picture was posted by The Trend’s Larry Madowo yesterday. The post on his Facebook wall, asking for opinions on the same, has received a lot of feedback from believers and atheists alike.

Harrison was once a Christian protestant from the Pentecostal church. He earlier shared that among other reasons, his decision to let go of Christianity came because of the contradictions in the Bible. “The questioning begun because of Scriptural contradictions. My biggest problem with the Bible is we are told God is love. But if you look at the Old Testament carefully, God comes out as very jealous and vengeful,” he says. Our firm stand remains that God exists, and at the end of everything, (‘As surely as I live,’ says the LORD), every knee will bend to me, and every tongue will confess and give praise to God.'”