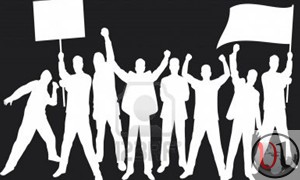 I came across this shocking story  and i thought it wise to share with you. A church was coming under attack from the residents in the neighborhood  claiming that loud sounds were coming from the church.

The residents of Tabata External an estate in Tanzania  gathered outside the main gate to enter the church of Victory Living a to push the leadership of the church to keep supplies the ‘special block noise’ when they take their worship from the church’s use containers loudly while the church exists in housing people.

Speaking outside the church that residents have said they have no problem with the service provided by the church but how they would play musical instruments with sound on and so they find the whole night not valid for the sick.

Certain mothers who live near the church have said that children they now have begun to show a contrast from the fact that at night they do not sleep and daytime not valid due to the clamor for it and so they request the competent authorities may see what to do.

Responding to the allegations senior pastor the Rev. John Said has acknowledged the existence of complaints in the past between him and citizens of the area but has been struggling often find solutions to these impediments, including dissolve some of the services provided by his church, with the local chief executive Mr. Henry Togo professing to receive complaints of the residents.

You can give your point of view in this.