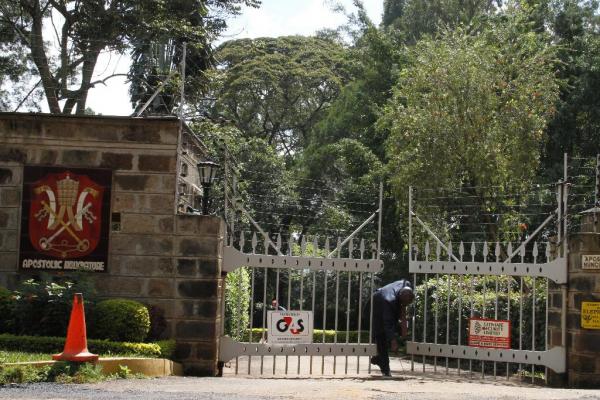 As expected of any celebrated personality in the world, a five star hotel is usually set in place for him/her to dine and sleep. Not this time for the Pope it is reported as with the same humility he exhibits the Pope will be sleeping at a place where he feels like home during his two day stay in Kenya. Pope Francis after his 8 hour flight journey will sleep at the Vatican Embassy in Lavington, Nairobi, for two nights after arriving in Kenya on Wednesday evening.

Following his arrival, Pope Francis will head to State House where President Uhuru Kenyatta will host him at around 6pm. At 6:30pm he will hold a meeting with Uhuru and other leaders. At the University of Nairobi on Thursday, he will lead an open-air mass which more than a million faithful, dignitaries and the President are expected to attend.