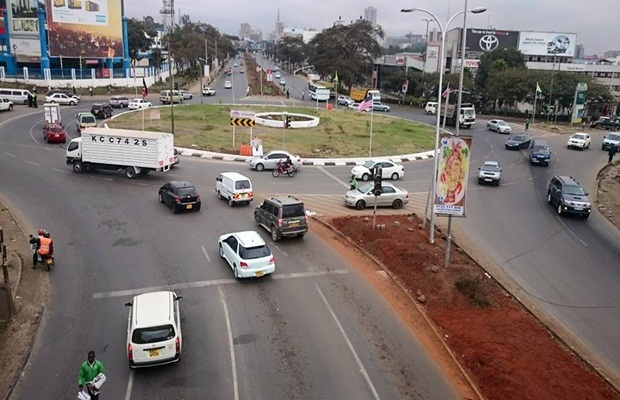 As expected Pope’s in Kenya visit will draw multitude of people on the roadside and looking at his state of security the Kenyan government will not take a chance to not protect him. A number of roads will end up being closed during Pope’s visit with many motorists being left to park meters away from their normal parking destination. Those to be affected include Uhuru Highway, Kenyatta Avenue, Hailesselassie Avenue, Harambee Avenue and University Way. Police said Mombasa Road through Uhuru Highway to State House will be blocked on Wednesday evening as the pope arrives. Nairobi County Traffic department has released details of roads expected to be affected by Pope Francis’ visit to Kenya.

The Pope’s three-day tour is expected to cause major traffic congestion with thousands of people expected to travel to Nairobi to meet the Pope at different locations.

Here are the details of roads in Nairobi that will be affected in each of the three days that the Pope will be in Kenya.

The Pope will arrive at Jomo Kenyatta International Airport (JKIA) at 5pm and head to State House for talks with President Uhuru Kenyatta and later on to Westlands in Nairobi where he will spend the night.

The stretch leading from the airport to Mombasa road, Haile Selassie Avenue, Kenyatta Avenue and State House Avenue will experience disruption on the said evening.

As the Pope’s convoy heads to Westlands, there will be traffic changes along part of Uhuru Highway, Waiyaki Way and James Gichuru Road.

There will be a historic mass at University of Nairobi where thousands are expected to arrive in the city from different parts of the country.

According to the police, all inbound vehicles using Mombasa Road will be stopped at Bunyala Roundabout where secure parking will be provided at Nyayo Stadium.

Vehicles coming from Ngong Road will also be stopped at Kenya National Library Service building while those using Valley Road will not move past Silver Springs Roundabout.

Other roads expected to be blocked towards the CBD are Lenana Road and Dennis Pritt Road while motorists using Arboretum Road will not be allowed past Kileleshwa Petrol station.

Vehicles inbound to town using Waiyaki way will be blocked after Villa Rosa Kempinsky hotel and will not access the overpass and underpass at Ojijo which will be blocked.

Thika Superhighway will be blocked at Forest Road while those intending to use Murang’a Road will end their journey at University Way near Lillian Towers.

Uhuru Highway is also expected to be blocked along Kenyatta Avenue near GPO while Haile Selassie Avenue will not be accessible from Upper Hill.

On the same evening, Limuru Road is expected to be affected as the Pope will be heading to UNEP headquarters in Gigiri.

Waiyaki Way and parts of James Gichuru Road will be affected in the morning as the Pope heads to Kangemi for a church service and later on to Kasarani Stadium where again, Waiyaki Way, b Road and Thika Highway road users should expect interruptions.

The visit will end with the Pope’s address to the youth who are expected to flock at Kasarani Stadium in large numbers after which he will head to Uganda.