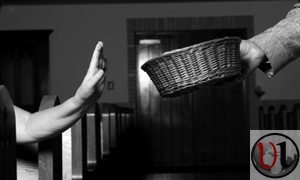 The finances of Christians who tithe are generally healthier than the finances of those who do not, according to a new report that takes a close look at the financial, spiritual and giving practices of people who give 10 percent or more of their income away to churches and charities each year.

Researchers compared tithers to non-tithers using nine financial health indicators, and found that tithers were better off in every category. Among tithers, for example, 80 percent have no unpaid credit card bills, 74 percent don’t owe anything on their cars, 48 percent own their home and 28 percent are debt free.

There are an estimated 10 million Christians in the U.S. who tithe more than $50 billion annually, according to a press release for the annual State of the Plate report. The report encompasses survey responses from 4,413 tithers from all 50 states and a variety of different churches and income levels.

The fifth annual study reveals that 97 percent of tithers make giving to their local church a priority, and 63 percent started tithing between their childhood and their twenties. It also found that 70 percent give based on their gross income rather than their net income, and 77 percent give more than the traditional 10 percent.

Tithing is an Old Testament concept, and Kluth says the New Testament approach to giving is “giving proportionately and giving voluntarily.” Even those who have fallen on hard financial times can contribute to their churches, he says.

“The Scripture tells us to give from what we have,” said Kluth. “That is a biblical mandate. There are some seasons of our lives we have less than others, and so when you experience a downturn financially you don’t stop giving, you give a proportion of what you have…I always like to say, you don’t give to get, you give because you’ve received something already. You give because you’ve already gotten something from God.” (Christian Post)