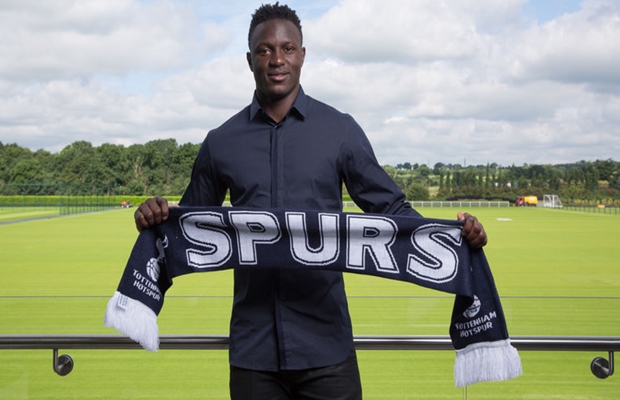 “Watching my brother [McDonald Mariga] win the Champions League with Inter Milan in 2010 was really good. It was always in my head, that one day I wanted to achieve what he had achieved.”

These are the words of Tottenham’s addition Victor Wanyama after the successful £11million move to White Hart Lane from Southampton. He signed a five-year contract worth about £55,000 a week.

“If we can win the Premier League, that would be my dream,” he said. “That’s my target, to win the Premier League or any trophy with the club. Here at Spurs, if we play against teams like Barcelona and Real Madrid it’s only going to make us better and if you brush shoulders with the world’s best players then nothing is impossible.”

Victor made his debut for Kenya at just 15 years of age and has since grown to defy odds in the local football scene. He left Kenya for Europe in 2007 when he joined Helsingborg in Sweden. Close to a year later, he joined Belgian side Beerschot AC where he made 56 appearances before a move to Glasgow Celtic in July, 2011. He won the league title in his first season in Scotland before enhancing his reputation further in 2012-13 with 49 appearances as Celtic clinched the SPL and Scottish Cup double. Victor scored nine goals in that campaign including the opener against Barcelona in a famous 2-1 win in the Champions League at Parkhead, as they went on to advance to the knockout stages. His performances earned him the SPL’s Young Player of the Year award.