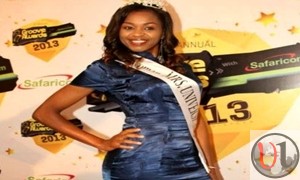 Beauty queen and singer Esther Wahome is set to leave for South America for beauty contest Mrs. Universe on August 2. Esther Wahome prays that “They can bring back the title home after holding the crown for the past one year.” in an interview with the Nairobian.

The annual competition of Mrs Universe brings together married women from different countries together for 7-10 days during which they are involved in various activities.