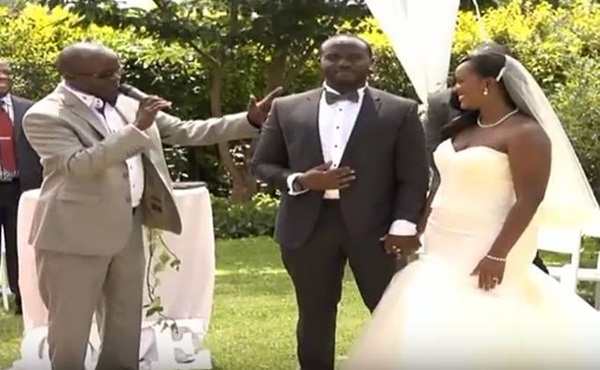 As the year 2015 comes to a close, it certainly will go down as  the year that saw the highest number of celebrities weddings and media personalities wed. Citizen TV’s Esther Kahumbi walked down the aisle last week the lush gardens in Limuru in a star studded wedding ceremony. Where she got married to her heart throb a fellow journalist Ben Makori.

Dawning a sassy strapless mermaid white gown Esther said I do to the love of her love at an event that was attended by staff from the Royal Media stable with Swahili Lulu Hassan making the line up as one of bridesmaids.

Also saying I do was  Mother-In -law actor Patrick Oketch, popularly known as Charlie,who also wedded his longtime fiance Patricia in an exquisite event in Nairobi.