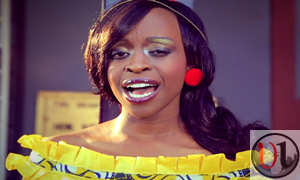 NTV Cross Over 101 Host “Faith Muturi” who is also an Emcee has released her new video called Karibia. Lovely Faith Muturi  now joins the group of ladies who are gospel show hosts and have released songs including Kambua, Enid Moraa and Joyce Omondi.

The new song called “Karibia” has a message calling on the audience/viewers to draw closer to GOD.