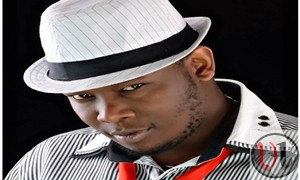 Roy smith Mwatia alias Rufftone the owner of one of the biggest music recording companies  lamp stand records and a gospel artist who is  well-known for  his  song Mungu Baba, mwikulu among others was  hosted yesterday by Lulu Hassan and Kanze Dena on their show Citizen Nipashe .

In the interview Rufftone  says that he started his music career as a secular artist but it reached a point that he did not like his way of  life so he had to make a choice of  first being saved and there after changing the type of music by becoming a gospel artist.

Rufftone also talks about the love  he has for his brother Daddy Owen and other  younger brothers who he says are  upcoming gospel artists.

check out the video of his interview below to know more about him.