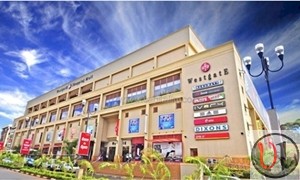 How great is it for one to drink that glass of water after running for 3-4hrs in the hot scotching sun? That is what Kenyans felt like at Midnight On September 24th when the Interior Ministry released news that they had taken control of entire Westgate Mall. This was probably one of the most scariest moments Kenyans have experienced after the 1998 Bomb Blast at Co-operative Bank.

Kenyans will for sure now be celebrating as the Siege comes to an end as information being relayed is that the Kenya Defence Forces are now combing the Mall floor by Floor to search for explosives.

We’re in control of #Westgate