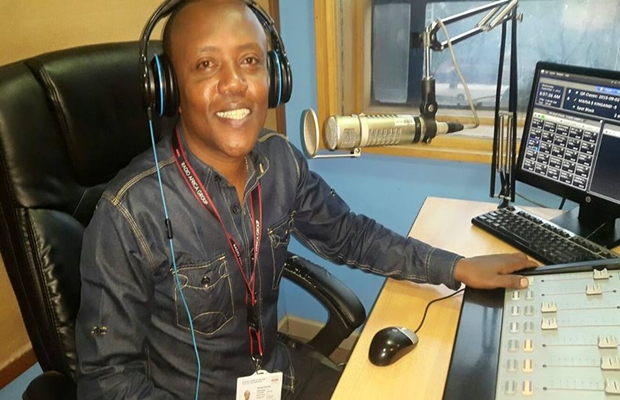 Popular Classic radio presenter Maina Kageni is a pleased man after he was discharged from hospital where he had been admitted after undergoing surgery.

The media personality was advised to go for surgery after an accident while on a roadtrip to Kajiado, the MRI results revealed that he had suffered broken ligaments on his leg and required urgent surgery.

His fans are overwhelmed by the news of him being discharged and hope to hear him back on air soonest possible. The host of Classic 105 FM breakfast show which airs on weekdays from 6-10am, has been at the Aga Khan hospital for the last five days for surgery after he injured his leg during a freak accident.

He has been off air this week and listeners of his program have been calling in to wish him quick recovery.