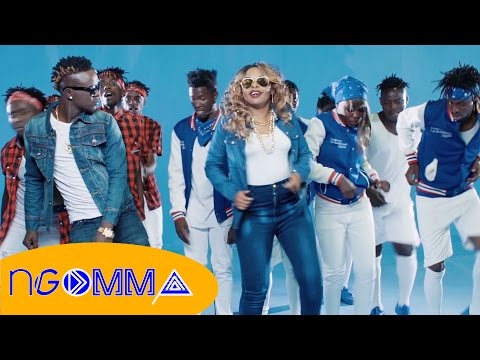 The gospel duo, Willy Paul and Size 8, is back with a brand new song called ‘Tiga Wana’, a smashing gospel hit song released on Monday evening. The duo were recently awarded at the recently concluded Mwafaka Awards 2016 released the song which can be translated to mean Stop Playing Games. Willy and Size 8 have a way of bringing out the gospel in a way in which it will capture the attention of their target audience.

When Willy Paul did the song ‘TamTam’ featuring Size 8, people were all over talking of how good the song was. Everybody from small kids to the older generation were singing to the song, from the clubs to matatus to weddings “TamTam was just the song everybody wanted.

Willy Paul has been posting and talking about the song on social media and different people are having different reactions towards the song with those who understand and appreciate that type of music encouraging them to keep up the good work. Here are some of the comments and reactions from people.

Ney Cole Willy I remember you said in a Tv interview you won’t do local collabo you are going international ,wat happened now????…stop bragging young man

Suzan Suzzy I have a better idea…. For all Willy’s haters,why don’t you leave his page.
I Think it will be more relief than seeing his updates n boiling with rage..just a thought Jesus said n I quote “If you know you have never committed any sin,be the first to cast a stone’

Patrick Ngacha Blessed to bless willy Paul your music do bless me each an every day u gona sing keep on rolling each an every now and then blow blow,ur really talented keep the fire burning

Wacha Ujinga Nani At least with size 8 featured in it i am convinced it will be gospel. Not the mabintiree sijui fanyaree that you sing

Mercyric Wacheke Will that be gospel? Can you respect God if not us please. Stop confusing the Christian music industry.

Odongo Dalton I don’t see anything to smile about that picture. …gospel ya Kenya imekuwa show off sasa na mashindano I miss the gospels of yesterday

Mary Wangeci Do you know the meaning plz? Is it a gospel song?

Docter Kinus if this song does not sound the way ud want it to then its not for you…
Mercy Masika/Gloria/Kambua have their listeners so as willy… take this song to Highschooler they will relate 1000% So if its sounds off to you sorry wrong channel and about dress code who really cares?Are you God? Is diamond satan? RIP Gospel??because of this song?Stop being stupid! listen to something else who brought you to willys channel in the first place. Atleast willy and Mama wambo are doing something with their talents what are you doing with yours?﻿

Raphael Onyiego Willy Paul is like Justin Beiber, You don’t like him yet you listen to his tracks back to back. This one here is killer, we gotta agree on that﻿

Enoch Mwendwa If you want a sermon listen to a pastor. Willy Paul and Size 8 are entertainers who happen to be Christians. Just enjoy the music and Tiga Wana. Dope dope dope music this is.

Devance Music God have Mercy!!! If you don’t stop, repent and seek God’s guidance, then you shall be answerable to God for misleading His generation. They know the word (Bible) but they are not living as the word says. The fire that will burn hypocrites is still being worked on to be more hotter!!!!!!!﻿

Whats your take on this song? 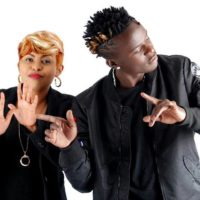 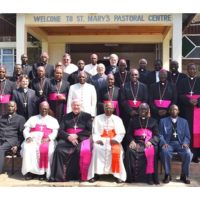