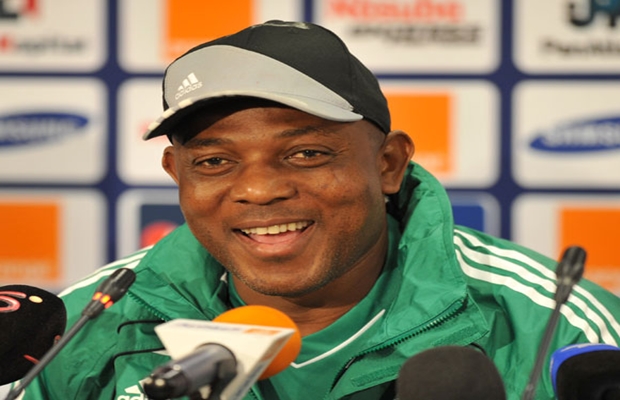 He suffered a cardiac arrest in the early hours of today (Wednesday) morning in Benin City in southern Nigeria. He was planning to return to his base in the United States later that day. Mourning his sudden death, his friends have reported that he was of good health and had no earlier heart complications.

A brother to the late coach,Emmanuel Ado, released a statement confirming that the 54-year-old died of Cardiac arrest in the early hours of Wednesday, June 8. He said,  “With thanksgiving to God, the Ogbuenyi Fredrick Keshi family of Illah in Oshimili North Local Government Area of Delta State, announces the death of Mr. Stephen Okechukwu Chinedu Keshi… “Our son, brother, father, father-in-law, brother-in-law, has gone to be with his wife of 35 years (Nkem), Mrs. Kate Keshi, who passed on, on the 9th December 2015.” He was still mourning the death of his wife.

He was a Nigerian defender and also a football manager of the Nigerian national team. He was one of only two people, along with Egypt’s Mahmoud El-Gohary, to have won the Africa Cup of Nations as both a player and a coach.

Keshi was married to his wife Kate for 35 years. She died on 10 December 2015, after battling cancer for three years. Together they had four children. He is survived by his mother too.

His death at 54 years of age has left the legacy of a good leader, often nicknamed “Big Boss”.

Keshi was part of the Super Eagles team that made the second round of USA ’94 before losing to eventual finalists, Italy in the Round of 16. His 20-year playing career included stints in Belgium, France, the United States and finally in Malaysia, with Perlis FA.

We celebrate him, and condone with his family.