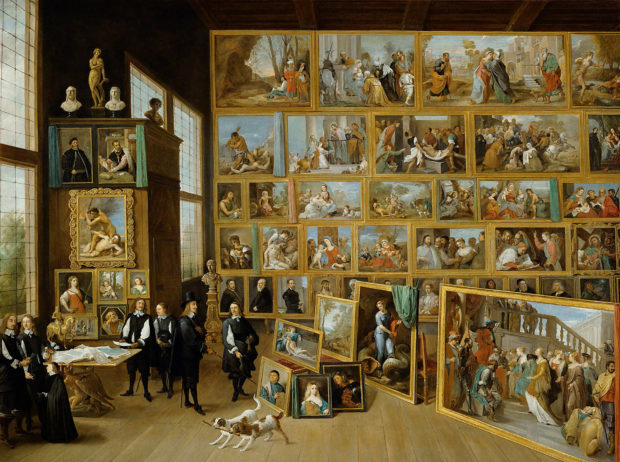 Remember that a gift should be treasured; not only the ones that are wrapped but ones that are bestowed upon you. Years ago, there was a very wealthy man who, with his devoted young son, shared a passion for art collecting. Together, they traveled around the world, adding only the finest art treasures to their collection. Priceless works by Picasso, Van Gogh, Monet and many others adorned the walls of the family estate.

The widowed elder man looked on with satisfaction as his only child became an experienced art collector. The son’s trained eye and sharp business mind caused his father to beam with pride as they dealt with art collectors around the world. One year, as winter approached, war engulfed the nation, and the young man left to serve his country. After only a few short weeks, his father received a telegram. His beloved son was missing in action. The art collector anxiously awaited more news, fearing he would never see his son again. Within days, his fears were confirmed. The young man had died while rushing a fellow soldier to a medic.

Distraught and lonely, the old man faced the upcoming Christmas holidays with anguish and sadness. The joy of the season that he and his son had looked forward to would visit his house no longer. On Christmas morning, a knock on the door awakened the depressed old man. As he walked to the door, the masterpieces of art on the walls only reminded him that his son was not coming home. As he opened the door, he was greeted by a soldier with a large package in his hands.

He introduced himself to the old man by saying, “I was a friend of your son. I was the one he was rescuing when he died. May I come in for a few moments? I have something to show you.” As the two began to talk, the soldier told of how the man’s son had told everyone of his, not to mention his father’s, love of fine art. “I am no artist,” said the soldier, “but I want to give you this.” As the old man unwrapped the package, the paper gave way to reveal a portrait of the man’s son. Though the world would never consider it the work of a genius, the painting featured the young man’s face in striking detail.

Overcome with emotion, the man thanked the soldier, promising to hang the picture above the fireplace. A few hours later, after the soldier had departed, the old man set about his task. True to his word, the painting went above the fireplace, pushing aside thousands of dollars worth of art. His task completed, the old man sat in his chair and spent Christmas gazing at the gift he had been given. During the days and weeks that followed, the man realized that, even though is son was no longer with him, the boy would live on because of those he had touched. He would soon learn that his son had rescued dozens of wounded soldiers before a bullet stifled his caring heart.

As the stories of his son’s gallantry continued to reach him, fatherly pride and satisfaction began to ease his grief. The painting of his son soon became his most prized possession, far eclipsing any interest in the pieces for which museums around the world clamored. He told his neighbors it was the greatest gift he had ever received. The following spring, the old man became ill and passed away. The art world was in anticipation that the collector’s passing and his only son dead, those paintings would be sold at auction. According to the will of the old man, all art works would be auctioned on Christmas Day, the day he had received the greatest gift.

The day soon arrived and art collectors from around the world gathered to bid on some of the world’s most spectacular paintings. Dreams would be fulfilled this day; greatness would be achieved as many would claim, “I have the greatest collection.” The auction began with a painting that was not on any museum’s list. It was the painting of the man’s son. The auctioneer asked for an opening bid, but the room was silent. “Who will open the bidding with $100?” he asked. Minutes passed, and no one spoke. From the back of the room came a voice, “Who cares about that painting? It’s just a picture of his son.” “Let’s forget about it and move on to the good stuff,” more voices echoed in agreement.

“No, we have to sell this one first,” replied the auctioneer. “Now, who will take the son?” Finally, a neighbor of the old man spoke. “Will you take ten dollars for the painting? That’s all I have. I knew the boy; so I would like to have it. “I have ten dollars. Will anyone go higher?” asked the auctioneer. After more silence, the auctioneer said, “Going once, going twice, gone.” The gavel fell.

Cheers filled the room and someone exclaimed, “Now we can get on with it and we can bid on the real treasures!” The auctioneer looked at the audience and announced that the auction was over. Stunned disbelief quieted the room. Someone spoke up and asked, “What do you mean, it’s over? We didn’t come here for a picture of some old guy’s son. What about all these paintings? There are millions of dollars worth of art here! I demand that you explain what is going on!”

The auctioneer replied, “It’s very simple. According to the will of the father, whoever takes the son…gets it all.”

Puts things into perspective, doesn’t it? Just as those art collectors discovered on Christmas Day, the message is still the same: the love of a father, whose greatest joy came from his son who went away and gave his life rescuing others; and because of that father’s love, whoever takes the Son gets it all. In life, many things will catch your eye, but only a few will catch your heart. 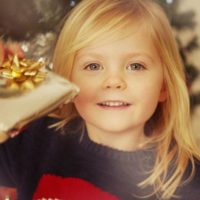 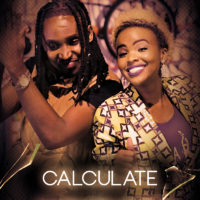