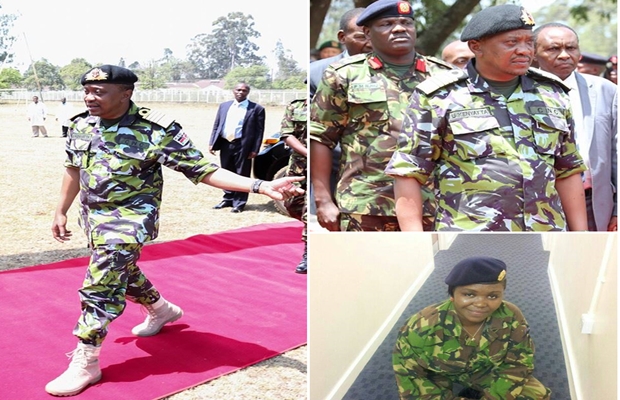 His Excellency the President , Uhuru Kenyatta clad an army  wear on Tuesday morning waking up the nation to a new style that he has adopted to.  He is the cool , freestyle President that Kenya has been surprised by and yesterday he made many smile when he clothed the army uniform while presiding over the Kenya Defense Forces Day at the Kenya Military Academy in Lanet, Nakuru. Gospel singer Shiru Wa GP seemed to have made the same move as she shared a photo of herself wearing an army wear. Earlier in September H.E President Uhuru  contributed 1 million shillings towards Shiru Wa GP’s medical fund that was billing to about 2 million shillings. She was so grateful to the President who seems to be a great fan of hers as when he won the election the song that he requested on his first radio interview was her song.