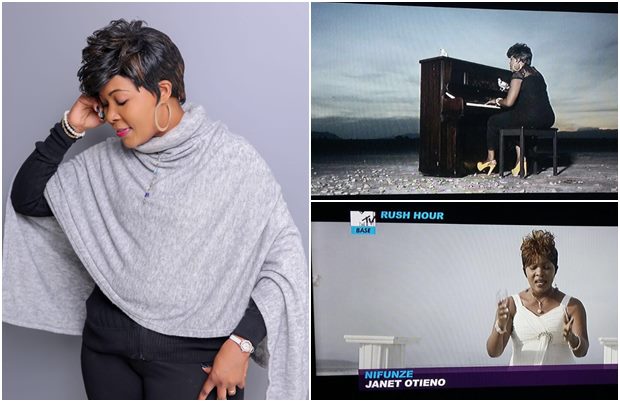 Award winning gospel singer Janet Otieno is thanking GOD for the opportunity of reaching out to Kenyans and even more now as she got featured on MTV Base.

Janet Otieno’s new song Nifunze which means ‘Teach me’ in Swahili was yesterday featured on the playlist of top African songs playing on MTV that plays the best in international music. Janet Otieno who is passionate about her calling and dedicated to spreading God’s light through worship released Nifunze 2 weeks ago and within the period it has a hefty 60,000 views already.

“Teach me, Lord, the way of your decrees, that I may follow it to the end. Give me understanding, so that I may keep your law and obey it with all my heart.” Janet Otieno declares in the music video that has a simplistic message but cutting across the listeners vision.

Nifunze is another blessed tune from the singer who once captured hearts of the youth and old from her debut hit single Niongoze.