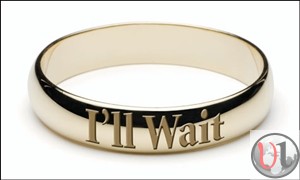 According to the National Association of Evangelicals, 80 percent of unmarried evangelical Christians between ages 18-29 admit to having had premarital sex, a shocking figure when measured against the number of pledges made in youth ministries and wristbands worn endorsing abstinence around the country throughout the late ’80s and early ’90s. For a generation fed a steady diet of “just wait until you’re married for sex,” why are so many of us losing our virginity before we say “I do”? What is causing the growing chasm between our Christian belief and sexual purity?

So What Causes All This?

The Love Of Worldly Passions

Even after some one gets born again most of us are not willing to leave the worldly passions just to mention worldly movies, events,music among other passions. These movies at times have scenes that are filled with immorality and when we continue watching them they affect our true stand with the Word.

Peer pressure also plays a huge part in the fall to sexual temptation. Most Christians still hang out with friends who haven’t dedicated their lives fully to Christ.  This plays a major role in bringing them to cases of what their friends mostly do through peer pressure.

Lack Of Meditating Upon The Word Daily

The word of GOD is light and the moment you stop feeding your spirit upon the word of GOD you return yourself to the power of the flesh. For us to overcome sexual temptations we need to live by reading the word of GOD on day to day basis.

Some of the youth don’t have a closer walk with GOD. They know the word but they don’t apply it their lives.

Christian adults must carry on the conversation of abstinence to the next phase. It’s not just a youth issue. If we could more openly discuss the tingling we feel, the occasional knockout attraction we have to the opposite sex or the times where our sex drives lull, I believe we might find that we’re able to maintain purity much later into adulthood.

We’ve got to get talking and see ourselves afresh as sexual beings, moving gradually and prayerfully through stages of sexual expression until marriage where it’s fulfilled. Because “not yet” is much easier to digest than “no.” Our sexuality, today, is an integral part of who God has created us to be, and like all things must be celebrated while also put in submission to Christ.

Romans 6
What shall we say then? Are we to continue in sin that grace may abound? 2 By no means! How can we who died to sin still live in it? 3 Do you not know that all of us who have been baptized into Christ Jesus were baptized into his death? 4 We were buried therefore with him by baptism into death, in order that, just as Christ was raised from the dead by the glory of the Father, we too might walk in newness of life. 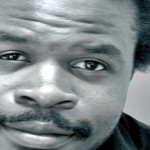