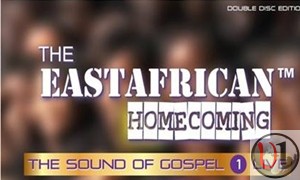 The long-awaited DVD is now set to be launched on Saturday  2oth July at Nairobi Cinema after a successful event in February. The musical concert was one that many will remember as it hosted Choirs from all over the East Africa including Christ Ambassadors who are well known for their song “Kwetu Pazuri”.

Among those invited include :